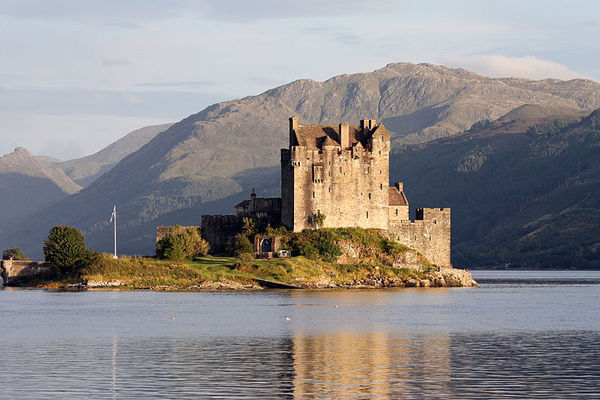 A Noble Life (1866) is Dinah Mulock Craik’s second novel to feature a disabled protagonist. It resembles her earlier novel, Olive (1850) in representing disability as a spiritually uplifting and morally improving experience, which renders the protagonist selfless, compassionate and pious. However, whereas Olive is able to pursue a career and marry, despite being “deformed”, the protagonist of A Noble Life, the Earl of Cairnforth, has to come to terms with a life of almost total self-denial.

The orphaned Earl is born with multiple disabilities, described as “the smallest, saddest specimen of infantile deformity”, his body “thin, elfish, and distorted, every joint and limb being twisted in some way or other” (1.24). The doctor suggests it would be a mercy if he simply died, but the narrative works to validate the minister’s counter-argument that “God can work out His wonderful will, if He chooses, through the meanest means – through the saddest tragedies and direst misfortunes” (1.28). Although in adulthood the Earl has weak health and restricted mobility – he is carried everywhere and can only just hold a pen – he is shown to be a capable and reforming landlord, and above all to exert a good influence upon everyone he meets. His love for the minister’s daughter, Helen Cardross, is depicted as tragically impossible – since he accepts that he can never marry – but after her unworthy husband’s early death, he adopts and co-parents her son.

The passage below is typical in highlighting the Earl’s moral virtues but also his reserve, implying that there is something unspeakable in the experience of disability, which somehow cuts the Earl off from those around him, forcing them to speculate about his true feelings. Although he is only a child at this point in the novel, he is already represented as being both morally superior and enigmatic to those around him.

Now, after lessons, he[1] would occasionally be persuaded to quit that beloved study, and take a walk along the loch side, or across the moor, to show his pupil the country of which he, poor little fellow! was owner and lord.  He did it at first out of pure kindness, to save the earl from the well-meant intrusion of neighbours, but afterward from sheer pleasure in seeing the boy so happy.  To him, mounted in Malcolm’s arms and brought for the first time into contact with the outer world, everything was a novelty and delight.  And his quick perception let nothing escape him.  He seemed to watch lovingly all nature, from the grand

lights and shadows which moved over the mountains, to the little moorland flowers which he made Malcolm stop to gather.  All living things too, from the young rabbit that scudded across their path, to the lark that rose singing up into the wide blue air--he saw and noticed every thing.

But he never once said, what Helen, who, as often as her house duties allowed, delighted to accompany them on these expeditions, was always expecting he would say, Why had God given these soulless creatures legs to run and wings to fly, strength, health, and activity to enjoy existence, and denied all these things to him?  Denied them, not for a week, a month, a year, but for his whole lifetime – a lifetime so short at best; – “few of days, and full of trouble.”  Why could He not have made it a little more happy?

Thousands have asked themselves, in some form or other, the same unanswered, unanswerable question.  Helen had done so already, young as she was; when her mother died, and her father seemed slowly breaking down, and the whole world appeared to her full of darkness and woe.  How then must it have appeared to this poor boy?  But, strange to say, that bitter doubt, which so often came into Helen's heart, never fell from

Child’s lips at all.  Either he was still a mere child, accepting life just as he saw it, and seeking no solution of its mysteries, or else, though so young, he was still strong enough to keep his doubts to himself, to bear his own burden, and trouble no one.

Or else – and when she watched his inexpressibly sweet face, which had the look you sometimes see in blind faces, of absolutely untroubled peace, Helen was forced to believe this – God, who had taken away from him so much, had given him something still more – a spiritual insight so deep and clear that he was happy in spite of his heavy misfortune. She never looked at him but she thought involuntarily of the text, out of the only book with which unlearned Helen was very familiar—that “in heaven their angels do always behold the face of my Father which is in heaven.”

[1] Mr Cardross, the Earl’s minister and tutor, and Helen’s father.