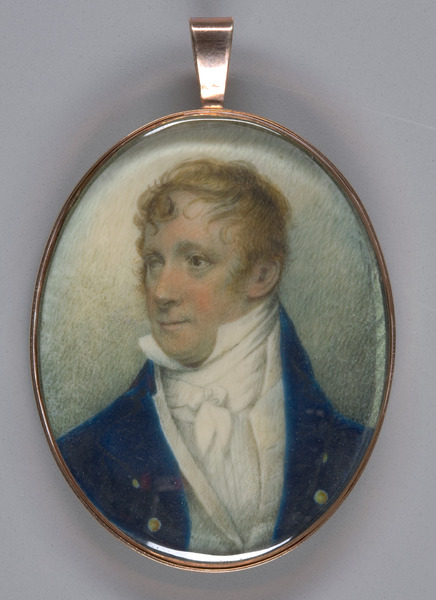 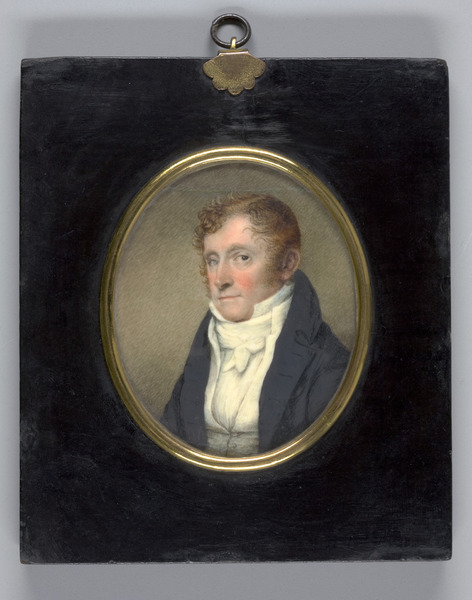 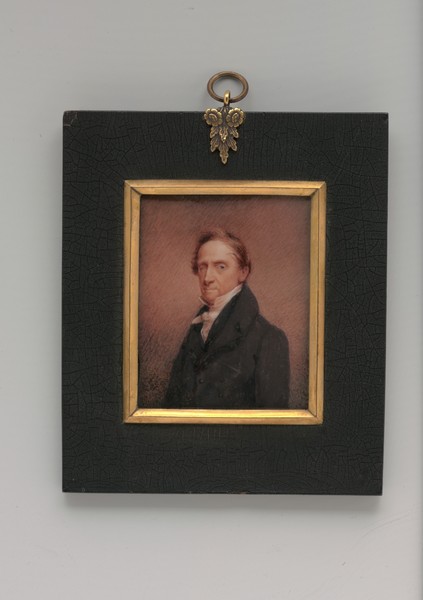 In these self-portrait miniatures the American painter William Dunlap (1766-1839) depicts the visible sign of his disability: permanent blindness of the right eye resulting from a childhood accident. Dunlap turned his damaged eye away from the viewer in each of these self-portraits, showing at least partial deference to prevailing conventions of portraiture. In one popular treatise on painting available in English translation,[1] the Dutch classicist painter, Gérard de Lairesse (1641-1711) (who was himself blind due to congenital syphilis), admonished portrait painters who aimed to

express punctually the deformities and defects of a face, without scruple; to wit, a blind or defective eye, or the like, though they know what an enemy it is to grace, and on no other ground than a false belief that it creates a greater likeness. But who loves to be reproached with his defects, when they can be artfully hidden?[2]

While Dunlap repeatedly posed in a three-quarters view that favored the penetrating gaze of his left eye capped by a slightly arched brow, he also included the milky white of his damaged eye in at least two of these self-portraits.

The injury was paradoxically the event that set Dunlap on the course to a career in the arts. Following his accident, Dunlap ceased formal schooling and concentrated instead on reading books and copying prints from his family’s library. It was on the strength of these copies, and his later pastel portraits of his family, acquaintances, and even General George Washington (United States Senate, 1783), that Dunlap’s father sent him to complete his artistic education in London under the premiere American expatriate artist, Benjamin West (1738-1820). Dunlap’s recurrent inclusion of his disability in his self-portraits perhaps signifies his recognition of its formative impact on his life, inspiring him to act in defiance of the prevailing expectation that such “deformities” be “artfully hidden” in portraiture.